Warning: "continue" targeting switch is equivalent to "break". Did you mean to use "continue 2"? in /homepages/13/d394139804/htdocs/ipswich-garden-studio/wp-content/plugins/gravityforms/common.php on line 1261

Warning: "continue" targeting switch is equivalent to "break". Did you mean to use "continue 2"? in /homepages/13/d394139804/htdocs/ipswich-garden-studio/wp-content/plugins/gravityforms/common.php on line 1298

Warning: "continue" targeting switch is equivalent to "break". Did you mean to use "continue 2"? in /homepages/13/d394139804/htdocs/ipswich-garden-studio/wp-content/plugins/gravityforms/common.php on line 1302

Warning: "continue" targeting switch is equivalent to "break". Did you mean to use "continue 2"? in /homepages/13/d394139804/htdocs/ipswich-garden-studio/wp-content/plugins/gravityforms/common.php on line 1327

Warning: "continue" targeting switch is equivalent to "break". Did you mean to use "continue 2"? in /homepages/13/d394139804/htdocs/ipswich-garden-studio/wp-content/plugins/gravityforms/common.php on line 3442

Warning: "continue" targeting switch is equivalent to "break". Did you mean to use "continue 2"? in /homepages/13/d394139804/htdocs/ipswich-garden-studio/wp-content/plugins/gravityforms/common.php on line 3449

Warning: "continue" targeting switch is equivalent to "break". Did you mean to use "continue 2"? in /homepages/13/d394139804/htdocs/ipswich-garden-studio/wp-content/plugins/gravityforms/common.php on line 3462
 Charity work
Skip to content

Last year, while returning from Tanzania, I had a change of planes in Ethiopia. Gloria, a teacher from St Davids School, just outside Arusha in Tanzania, was also changing in Ethiopia on her way back to her country of origin, Uganda. She was struggling with a new born baby and her bags and on offering to help her, I realised Gloria had very little time to catch her next flight and very much appreciated the help.

Gloria asked why I had been to Tanzania, to which I answered, to raise money and supervise the siting and fitting of 5,000 litre water tanks. I told her that we had a total of 11 tanks at Naalarami Primary School and Gloria replied “Oh please can you come and help us also? We only have one 3,000 litre tank.” So we swapped details hastily, as I had talked my way through the first passport control, but a stern officer wasn’t going to let me through the second where we were now holding up the queue.

Now we have a plan of the school, photographs and a quote for the first tanks and roof gutters from James, our trusty builder (Fundi) who does the majority of the work at another project we are funding at Naalarami Primary School. It’s great to be finally building a circle of good contacts and although James’ English is almost non-existent and my Swahili is poor, Gloria speaks both languages very well. 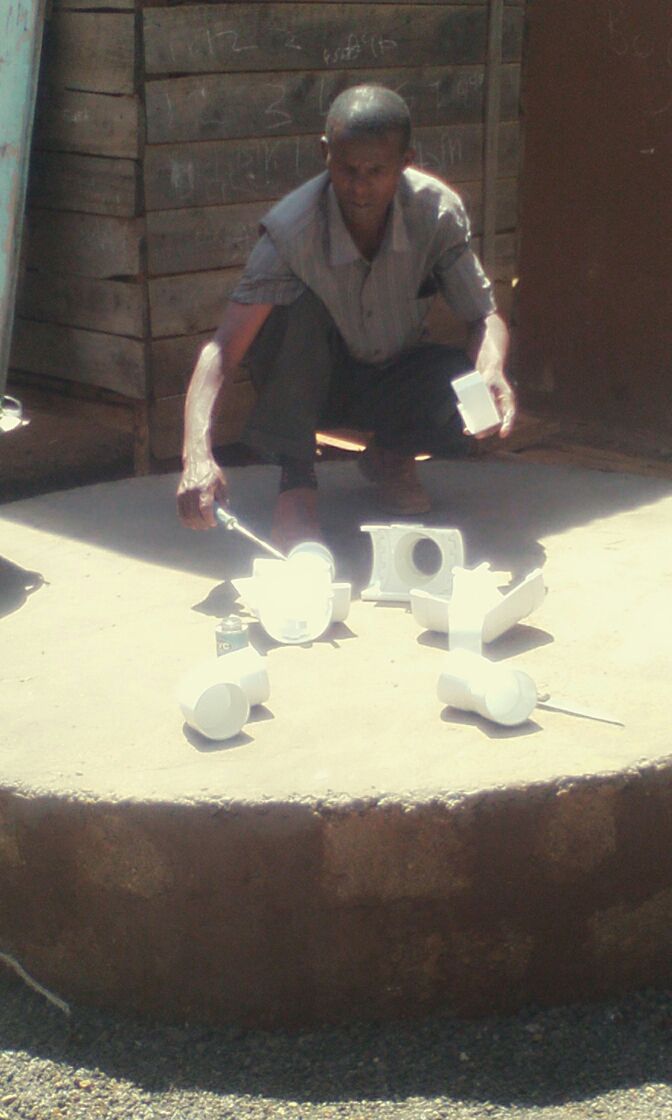 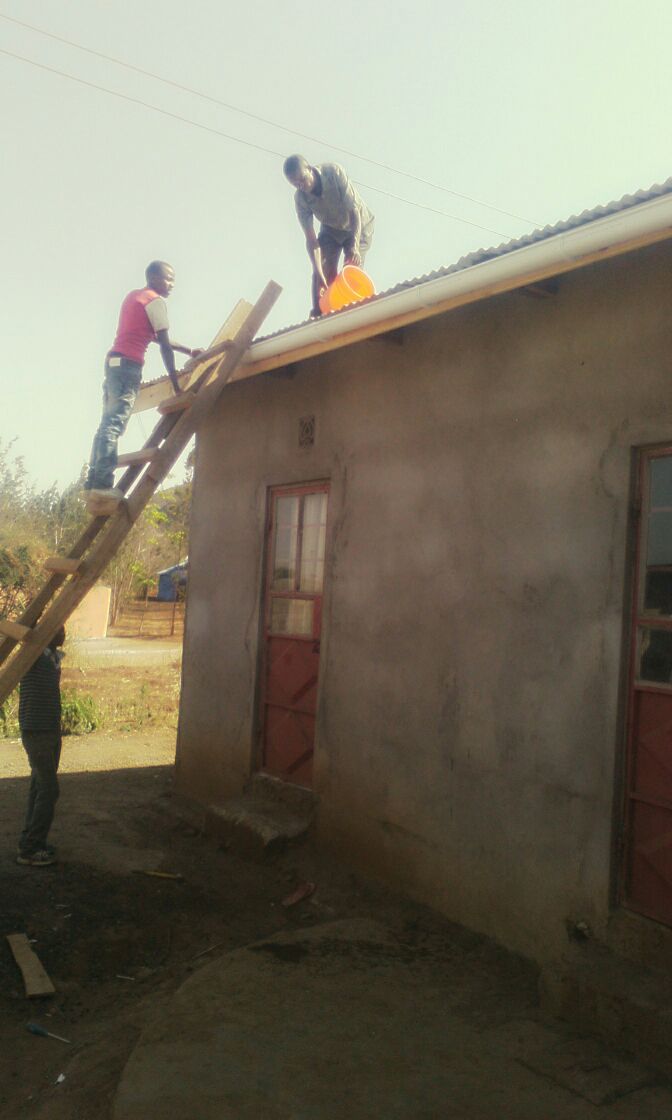 The last of our funds has just gone to drilling the tube wells in Bangladesh, (see video below) but we soon hope to have raised enough money for the labour and materials for the first two tanks, tanks bases, gutters, downpipes and taps. Approx £800 -£900!!

If you would like to get involved and provide financial support for this project it would be very much appreciated. Do get in touch.

The video shows the site picked for the first donated fresh water Tube Well in Sylhet, Bangladesh.
Steve was alerted to the need in this region by his bank manager Faruk. It is where Faruk’s father lives and he is seen in the video with the white beard and white hat.
Faruk’s father managed to get an excellent exchange rate on Steve’s money, so it will now fund two tube Wells instead of just one.

Ipswich Garden Rooms are building a chill out and craft studio for a new hospice just off Queen Edith’s Way in Cambridge. The money for this Studio was a charitable donation and Steve thought it seemed right that Ipswich Garden Rooms should pass part of the profit of that donation on to another good cause.

Steve visits Naalarmi School, Tanzania with other charity workers to help improve the school. The video gives a visual of the kind of work & support they do when out there. The team have provided the school with new football goals & footballs to enjoy on this trip.

Over the last two years the efforts have been to buy and set up these 5,000 litre water tanks to help see them through the year with clean drinking water.

What do Sunflowers Care do? Sunflowers is a fully adapted, four bedroomed home-from-home based in Cottenham near Cambridge. They offer nurse-led care to children aged 0-18 with a variety of complex health needs, including Long Term Ventilation.

Farm Club, located in St Ives right next to the guided bus operation on Meadow Lane is the perfect place for friends and families looking for interesting, stimulating and fun ways to spend time together.

Everyone can experience a little of life on the farm. From helping with the animals, hatching and caring for the chicks, or just relaxing in the Farm Garden Cafe whilst the children play in the garden for less than 65p per day for the whole family. As a mother of two children herself Carol knew entertaining children is expensive and her plan with Farm Club membership was to give families a place to come without constantly reaching for the purse to feed, water and entertain the children.

The Farm Manager Carol Bailey has three great loves – children, animals and cooking. Farm Club today is now her realisation of a dream where she can combine these loves and spend time with like minded families who appreciate the special things in life. From as early as 2008 when she sold poultry and coups at local Farmers markets and helped families at the Farm grow their own vegetables she, and her team, have continually developed the Farm and the facilities to what you see today.

Carol contacted Steve back in 2016 with the need for a lower than cost priced building to use as a classroom for school groups in the winter.

So far we have got the concrete piles in for the 5m x 5m building and we have been taking left over materials to the site from some of our jobs this year. Steve is working on some designs, but would like to see a mixture of the two pictures below. 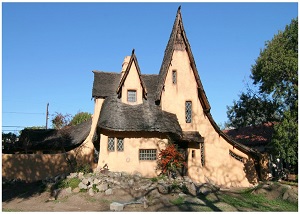 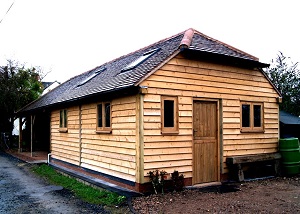 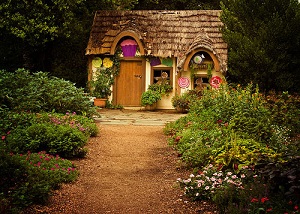 This site makes use of cookies to improve your experience while using our site : Read our privacy statement.